Blog - Latest News
You are here: Home1 / The Influence of Social Media on Advertising 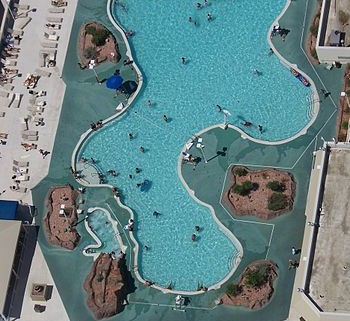 Think about advertising as a large water park with various swimming pools. In the different pools are the recipients, our consumers. They swim around and talk to each other and enjoy their lives. The advertiser sits in the lifeguard chair (think of it as a podium), with his megaphone and yells to the consumers. If he shouts the message loud enough, at the right time and if it is meaningful, maybe the consumers listen.

So this has been the job of the advertiser for quite some time. He had to decide which pool to shout his message to, which message would get the swimmers to listen and which bullhorn would reach the most swimmers. A good advertiser would have a great message and deliver it in such a way that most of the pool listened. New advances in technology enabled great messages to be carried from pool to pool. With each advance, the advertiser adapted and then kept right on shouting his message to the consumers.

And then a new era began. A medium that looked like a megaphone entered the market. Assuming this was like any other shift in technology, advertisers kept yelling their messages. As long as the message was loud enough and reached enough swimmers, the idea generally stuck. But this new medium wasn’t really a bullhorn at all. It was called “Social Media” and it would make messages yelled from a podium meaningless.

Social media is changing the way we receive our messages. Instead of information being passed down from a source, the consumer is creating it. First hand experiences are being recorded and become the source of what matters to the consumers. Messages not passed to us through this chain seem to be irrelevant. Even traditional advertising does not seem to have an impact unless it is discussed in social networks.

Apparently the recent boom of Twitter is showing us the new methods of receiving information. Twitter is the first social media that is centered exclusively on conversation. Other personal information or sharing is mostly irrelevant as only the conversation matters. Chatting has always been there – whether in blogs, social networks or information sharing – but it never hit you in the face the way that Twitter does.

With the conversation now clearly driving consumer behavior (remember the books: marketing is about a customer centric approach), advertisers are left scratching their heads on how to make their messages heard over the chatter in the pool. What they do not realize is that yelling at customers does not influence their decisions. Messages are now created in the different pools and spread from person to person and from pool to pool. Social media allows for that word of mouth message to be spread far faster and far wider than any top-down message could hope for.

And so advertisers will get a new job. This job is not so different to the previous one: advertisers have a message that they want to spread. However, instead of that message being shouted out, it is whispered from ear to ear. Advertisers have to listen to the conversations, become a part of the conversation and then use that discussion to pass the message. Sometimes this means creating a new conversation and sometimes this means joining old ones. Regardless, social media has changed advertising already…