You are here: Home1 / Branding 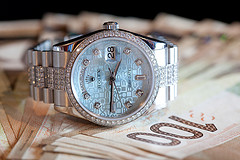 A short summary on customer insights and market research data

Today’s luxury shoppers now use the Internet as a tool to find inspiration and to learn about luxury products or services. Across income and age, luxury brand websites, along with consumer review websites are frequently accessed to find information on luxury items before making a purchase.

The affluent group is also increasingly participating in social networking forums, allowing luxury shoppers to share their thoughts and opinions on luxury items. And when it comes to Internet advertising, they are comfortable with seeing online ads for luxury products and services and “clicking thru” to learn more and make a purchase. END_OF_DOCUMENT_TOKEN_TO_BE_REPLACED

This will quickly become the most famous Apple Store in China: BirdAbroad – a blogger in Kunming – posted photos along with the story of a local store which actually looked just like one Apple’s iconic retail stores.

It featured the standard design elements: glass exterior, winding staircase inside, pale wood display tables and of course giant posters displaying the iPad 2 and other Apple products, plus a neatly organized accessories wall. END_OF_DOCUMENT_TOKEN_TO_BE_REPLACED

Companies and marketers are more comfortable on social networks and have started to engage more authentically and build communities with other users on the sites.

Burson-Marsteller, one of the leading PR companies, looked at the FortuneGlobal 100’s activities on Facebook, Twitter, YouTube, corporate blogs and other local microblogs and social networks around the globe for its “Global Social Media Check-Up 2011”. 25% of these companies worldwide are using all four major social media platforms: Facebook, Twitter, YouTube and blogs – an increase of 25% from 2010 – and 84% are on at least one platform.

Most companies are on Twitter, which saw a major growth compared to 2010, as 77% of companies around the world have Twitter accounts, up from 65% last year. Twitter might be emerging as the predominant social media platform used by corporations, although corporate Facebook pages have more “likes” than Twitter accounts have “followers.” END_OF_DOCUMENT_TOKEN_TO_BE_REPLACED