You are here: Home1 / Digital media 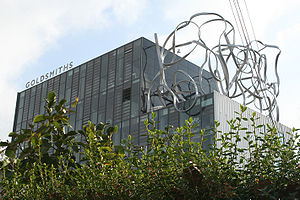 Next week I will be speaking at IDEA:Exchange in London.

IDEA Exchange is a form of educational conference focusing on debate, debate and civic education, youth projects and innovative teaching and participation methodologies. IDEA organized its first Exchange in November 2006 in Prague, November 2007 in Kaunas, December 2008 in Amsterdam. This year’s Exchange will be held in London, December 10th – 13th, at Goldsmiths University.

My presentation will cover insights on changes in the media landscape and the resulting influences on consumer behavior, especially through the proliferation of digital media. The shift from broadcast media, as known in the 20th century, to social media in the 21st century has lead to new forms of interactions, which will be covered in new communication policy issues. Examples on companies or organizations using social media platforms to involve customers or the publics will be shown and finally the presentation will give a critical outlook on the long-term changes of these trends.

Hope to see you in London!