A new study released by comScore showed that the collective reach of vertical ad networks tracked by comScore has increased substantially in the past year, from 21.5 percent of the total U.S. Internet audience in March 2008 to 57.1 percent in March 2009.

Vertical ad networks target ads to specific audiences online according to demographic or category content, which are effective in reaching people with significantly higher than average engagement in their respective content categories.

Of the different segments studied, people reached by vertical ad networks spent at least 60 percent more time in those site categories than the average category visitor. For example, people reached in the Entertainment segment spent approx. 418 minutes per visitor on sites in that category, whereas the average visitor only spends 191 minutes.

More information on the study can be found on comScore’s website. 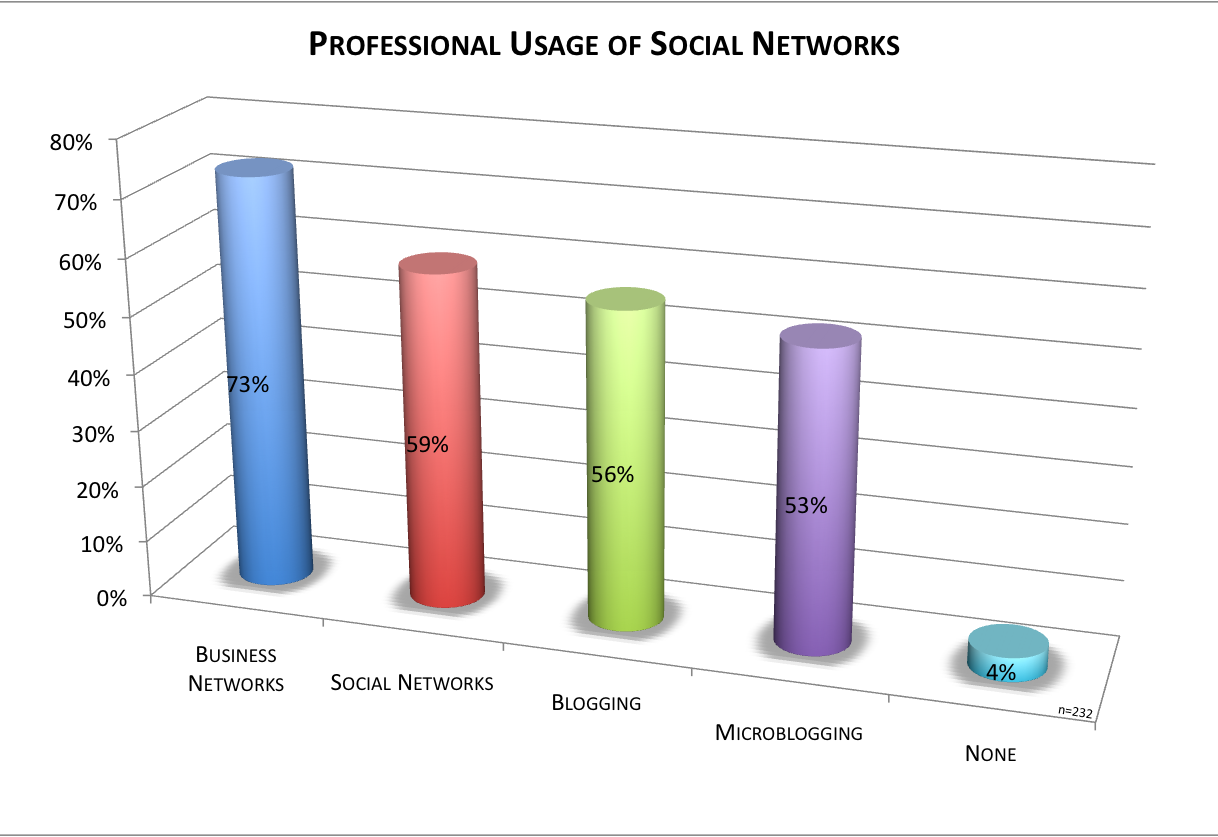 After the discussion here and on Draftfcb’s blog, I asked visitors to answer a couple of questions in a short poll on the usage of social networking platforms. The poll is closed and we have some interesting results:

More than 70% of the respondents claimed to use business networks, such as LinkedIn, Ecademy or XING professionally. While this is no surprise based on the purpose of these networks, END_OF_DOCUMENT_TOKEN_TO_BE_REPLACED

E-mail has long been amongst the most popular activities online, together with searching information on the net. But according to Nielsen there is a new killer application around: social networking.